This is the view of the lake from the terrace of our apartment: 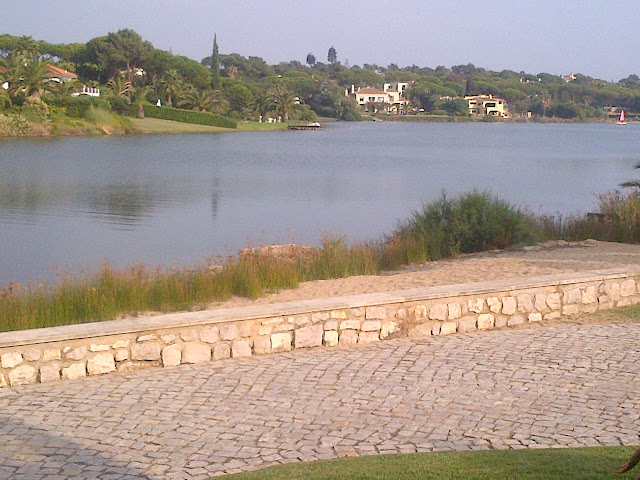 But there’s something missing; Russell Dawkins. Ordinarily at this time of year, Russ is in his canoe going round and round and round and round the lake for literally hours. He is generally known around these parts as “Canoe Man”. It certainly feels all wrong for him not to be within our daily vista.

In homage to the big man, we have been taking out our canoes as much as possible – plus Russ’s latest piece of equipment, a paddle board. 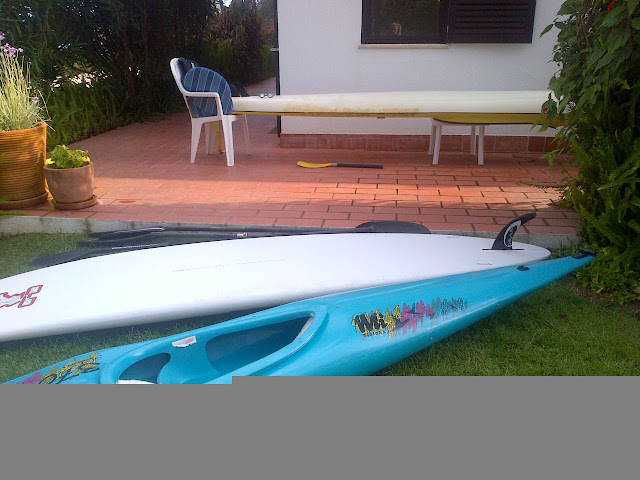 The yellow canoe is a bit “tippy” and not all can master it. We usually like to set down the gauntlet to those who haven’t tried it before and can generally look forward to being entertained by the 75% dunk rate :-s

The one canoe we haven’t taken off its rack is the green racing one: 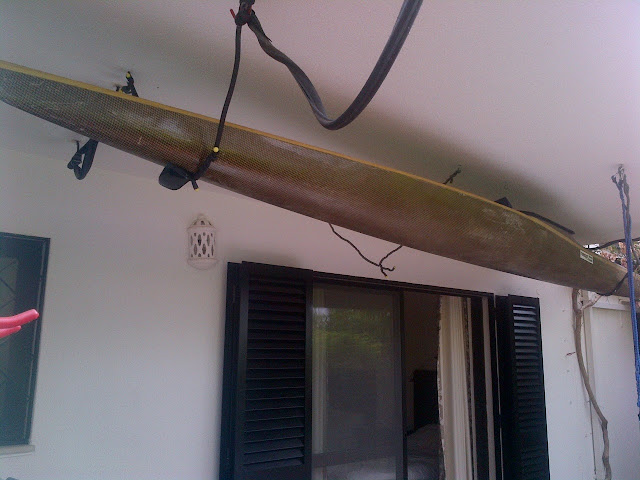 Frankly, there is no point as out of the many, many peeps who have tried, no one (other than, of course, Russ) has ever managed a couple of strokes without falling in. An even better source of entertainment than the yellow canoe….

Aside from the boating equipment, you can’t open a cupboard in the apartment without seeing Russ’s bikes, in line skates, exercise bands and balls plus a ton of Lycra and other sporting clothing. Difficult therefore not to think of Russ every second of the day.

We’ve been coming to this resort for about 20 years and have stayed at the Lakeside complex every year for the last 12 years. As well as generally being accompanied by various friends who rent in the same complex so as to holiday with us, we have made a huge number of friends whom we see down here every year. All lovely people and all very keen to send their love and support to Russ. Its just not Lakeside without Russ!

Whilst Russ might not be able to use some of his sports equipment going forward, I am sure that it will be replaced with new stuff, representing new challenges. Also, I know Russ has already been in touch with the main canoe place in SE England to enquire about adapting some of his current boats so that he can continue to use them going forward.

So, hopefully next year, normality will be restored and Canoe Man will be back on the lake, doing his endless circuits while the rest of us go, instead, for the easier option of a good book and a G&T.

1 thought on “Lakeside, Portugal. (Not the to be confused with Thurrock…)”