Glad to hear that you all arrived safely . Dad and I miss you , Dani and the girls very , very much . It’s certainly quieter without Amber’s antics !

What a Xmas it has been , utterly incredible . The Russell Dawkins has come back to us in a huge way as we always believed that he would. Well done you darling. I wonder what 2014 holds for you all. It’s going to be a pretty exciting and eventful year of that we can be sure.

Alwyn’s accident shook us to the core , it was just unbelievable. Thank God he is ok . He skied yesterday in spite of his aches and pains,
much to my amazement but I don’t suppose he has all that much skiing fun time with his mates so must make the most of every opportunity.

Yesterday we skied most of the day too. The conditions were very difficult, very lumpy ,  following a massive fall of snow. I did fall once but managed all the lumps/ moguls and I felt rather smug about that ( that’s not arrogance but confidence as you would say and you are right ) .

Today I have succumbed to a very heavy cold so am not skiing , it’s a cosseting day . It’s bitterly cold out there and dad’s knees require a rest ! I hate the limitations of age but am glad I am still here to experience them!  Every day is a beautiful bonus for me .

Being with you all for Xmas was a joy .
Happy New Year to you all.

Made it home from the US of A.

Been in the kitchen bed for about 16 hours now. Well ok, just got up
Just watched ‘Home Alone’ with Amber – a true classic movie.
Uneventful and fun flight back, thank God.
And spending NYE with Andrew and Lisa tonight. Should be chilled and cosy.
Always had a crazy NYE every year before this one, all except one.
We stayed in once, and watched Jools Holland.
I said to Dani ‘isn’t it amazing all those celebs give up their NYE to be on this show?’
She said ‘don’t be stupid, it’s pre recorded!’
I said ‘what, and they’re all ACTING!?  I don’t believe that!’
We argued for about an hour, then went to bed at 12.01.
The next day at a party, the FIRST person we talked to was ‘in TV ‘ and guess what… Worked every year on the December 7th pre-recording production of the bloody Jules Holland NYE Show…. cue satisfied, smug, all day wife smile….
Moral. : don’t argue about something you know absolutely nothing about, and ruin your night, unless you’re happy to feel like a nob when proved wrong shortly after.
Hope you all have a top one, with the ones you love/ have most fun with.
Russ

I hate hearing now about people crashing and injuring themselves. It’s so much closer to home than I ever felt pre injury.
Thrill seekers and speed freaks by definition put themselves in the firing line for a life changing injury without weighing up the consequences first – look at me.
I’ve been thinking about him all day.
Good luck Michael. 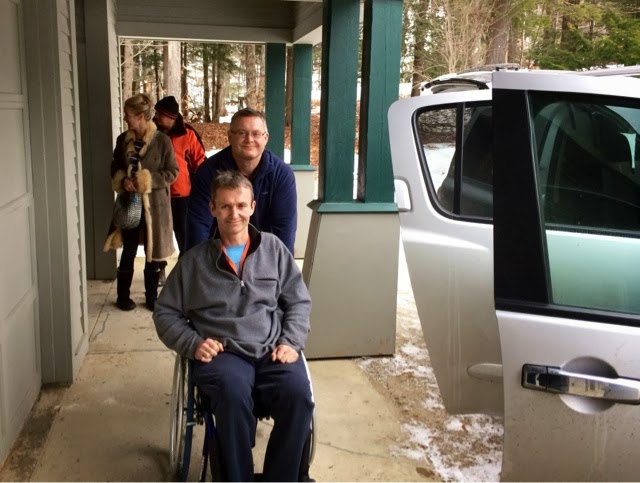 Russ,
Glad you made it to Boston safely.
I hesitate to write this, but thought you should know.
I just spent the last 2 hours in an ambulance.
While driving back from town to our house, up OKEMO ridge road in the heavy snow, I had to make a u-turn as the road was blocked by cars that had skidded off the road.
I drove back down the hill toward Jackson Gore. Half way down there was a Chevy suburban stuck in the snow with a woman and girl in the front seats.
I backed my car up to them to see if I could help.
I opened the drivers door of the stranded suburban and was leaning in the car to change their 4 wheel drive settings. All of a sudden I was flying through the air! A snow plow truck, out of control coming down the hill slammed into the car door behind which I was standing, hitting it so hard I flew 20 feet in the air. When I came round, amazingly I was ok, badly bruised ribs and leg, shaking from shock and cold, but otherwise ok!
I swear someone is looking out for us. 10 seconds earlier or 2 feet to my left, I would have been a gonna.
As it is I’m just very sore and very grateful!
Love you bro, 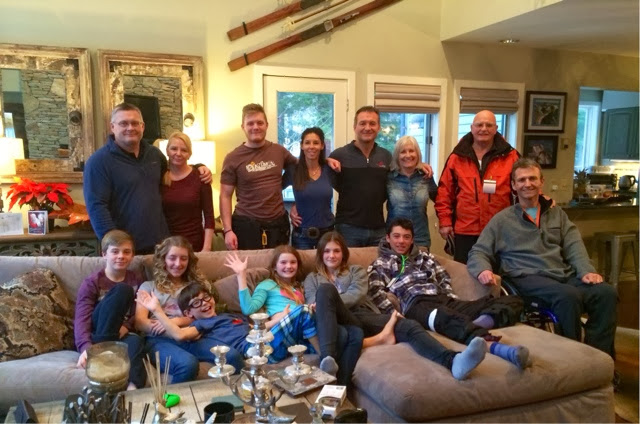 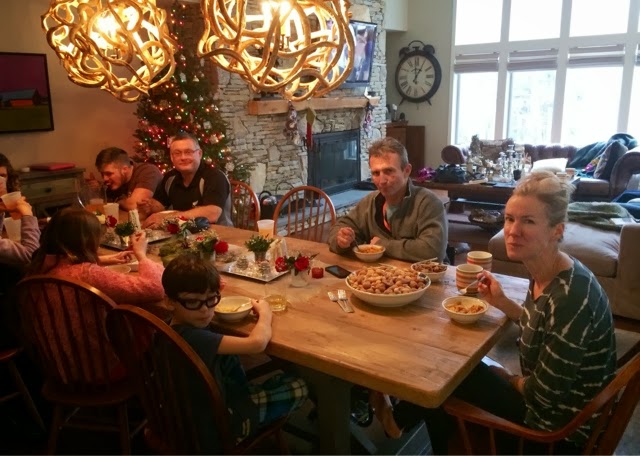