Russ Enjoying a Solero with his hands tied! 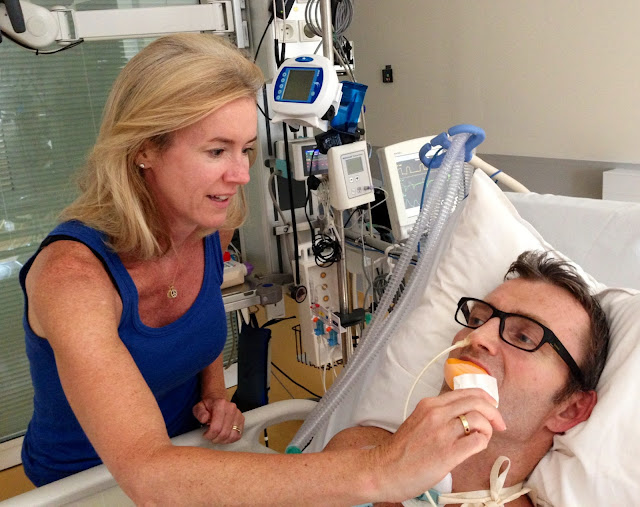 Russ pretty zonko all day today. The nurses were saying he’s very lively during the night hence why he’s so tired during the day. Not very considerate for visitors!

This morning he was taken for a CAT scan to check a haematoma which has developed on his back. Only feedback we’ve got is that no definitive view yet but initial views are that there is nothing to worry about.

Alwyn and I came up this afternoon armed with an ipad on which we’d downloaded Django Unchained, the latest Quentin Tarantino movie. Couldn’t find anything to prop it up on hence Alwyn having to imitate a TV stand (think he prefers that role to Chief Bollock Wallah). Luckily for Al, Russ fell asleep 20 mins into the movie so we watched it instead! Felt very wrong watching a typically brutal Tarrantino  movie while in an Intensive Care Unit!! 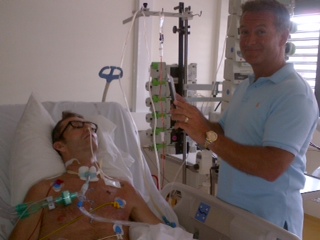 Oh, the other thing to report is that Russ has been very naughty and again trying to remove all his wires and tubes etc. Worse still, today he actually managed to pull out his tracheotomy device. So, his punishment is that his arms are now permanently restrained so he now looks like an inmate in Guantanamo  Bay. Better safe than sorry though :-s