Not the best sleep ever, but saw my kids going to school for the first time in 7 months.

Yes, I’m home for a 3 day weekend, having been taken to a talk last night in Wimbledon, by Frank Gardner, the President of The Ski Club of Great Britain.
Frank was shot, whilst working as a journalist/ correspondent in the Middle East in 2004 ( I think ).
He’s a low level incomplete paraplegic now, so had feeling and limited leg use, but, he said, lots of pain in his legs.
Obviously a public schoolboy, Frank was in good company in front of this particular audience. Corduroy trousers and Barbour jackets were plentiful in the crowd.
It was apparent to me how few people there made eye contact with me, and how the lady that ‘greeted us ‘ talked to Jerry ( with me )  about the disabled facilities, rather than tell me about them.
It didn’t offend me, but it was a little odd.
They didn’t know that 7 months earlier id certainly have been the fittest , probably the tallest, and maybe the best skier there…
Aside from Frank, who stood with a Zimmer frame, I was the only Wheelie there, and I sat at the front.
Frank thanked me for coming, and asked  ( publicly ) if I’d tried skiing yet.
I explained that I had – as possibly the only guy to have tried it whilst still in hospital – and said that by Day 2 I was fairly flying. In my short delivery I explained that I was being ‘tethered’ by a guide, then somehow managed to blurt out ‘ if the f’ing F’er had let me off the leads I’d have gone a lot faster’… There was a short murmur of laughter followed by an uncomfortable silence.
I think it’s fair to say that I’m probably the only person to use the F word twice in 2 seconds in a public speech at the hallowed premises of the 110 year old Ski Club of Great Britain…..
Frank didn’t ask me any more questions.
Roy, Jeremy and Ian then took me away to a gastro pub – mailto:reservations@foxandgrapeswimbledon.co.uk
which was really, really good, sitting us in a dark corner so I couldn’t shock anybody else.
Ian then completed his all day long volunteer driving duties by taking us all home. Thanks Ian, top job buddy.
I also saw Terry Rodham  yesterday – about 2 stones lighter than he was – he’s training for The Welsh Ironman race in aid of my charity – and looks about 10 yrs younger for it.
And I saw Tele for lunch – Tele ‘s an old mate and a Greek. A ‘man’s man’ traditionally, he’s one of those that has surprised me with his level of sensitivity and thoughtfulness since my accident.
He came to see me in Toulon in July and has been regularly since. Always great to see him.
I’ve also seen ‘Mad’ Nicola, her lovely friend Sam, who brought me dinner on Wednesday, and Kev and Sally who cooked and served a fantastic shepherds  pie, and also my Uni buddy, Adam Sharp, a real laugh as always.
So I’ve had a full week you could say, and when I go back to Stoke Mandeville, I’m being moved to a single room.
Wow, a bit of privacy for the first time in 5 months.
Party time? Who’s in?
😉

As many of you will know, my best man, Russell Dawkins, was terribly injured in a bicycle accident six months ago.  The injuries he received falling off his bike have resulted in him being paralysed from the waist down.  In an effort to raise money to purchase sports equipment both for him and other paraplegics, we have started a new Charity – RUSSELL DAWKINS BACK ON TRACK.  Our first event, the Spine-a-thon, was held at the Hogarth Club in November and raised £16k, a mighty effort.  We are still some way from our target for the first year of £40k, which will equip Russ with enough biking, skiing, canoeing and specialised training kit to allow him to continue practising the same sports as before, albeit sitting on his arse.  In fact, I’ve just realised that most sports Russ did involve him sitting on his arse, but I think you know what I mean?  After that sum is reached Russ intends using the kit to raise funds for other paraplegics, so look out for that.

Over six weeks before Christmas I ran three ultra-marathons in order to qualify for possibly the toughest Mountain Marathon in the world – the non-stop 105 mile race around Mt Blanc, which goes over ten mountain passes with a total height gain of 10,000 metres.  But that’s in August, so enough about that for now.  I will hassle you for some sponsorship in due course.  Right now, along with Lee and Ali from the Park Club, I have recruited 17 other lunatics to FIGHT FOR RUSS.  For those of you who’ve never heard of White Collar Boxing, this entails 12 weeks of intensive boxing training to take all of us, from novice to having an ABA sanctioned bout on the evening of Saturday March 22nd2014 in the Dome at the Park Club.  Amongst the bouts are a number of female bouts and a pair of identical twins.  I should point out that the identical twins are NOT women, sorry about that.

THE HUNDRED YEAR’S WAR – I’ve worked out that by the time of the bout, my opponent, Paul McGregor and I will have amassed over a 100 years on the planet.  Normally geriatrics like us are more concerned with imminent hip replacements than imminent punch-ups, but we are obviously men in crises.  It’s either this or (another) expensive divorce and a motor-bike.  It’s been revealed to me that Paul is an experienced kick boxer, but apparently, technically, he’s a boxing novice so fully qualified and, frankly, expected to fill my head in.  So, if you want to help raise some funds for the Charity with the added bonus of seeing me fight (in a boxing ring, this time, not outside a pub) all you have to do is buy a ticket.  They are a mere £25 or £250 for ten, which comes with a table to park yourself at.  There will be a bar on the night and Street Food provided by the award-winning Richard Johnson, which is not included in the ticket.  The whole event is run no differently to a professional boxing show, except for the standard of the fighters!  I can guarantee a great laugh, great food, copious amounts of alcohol and the warm feeling of knowing you’ve helped out a great Charity, without actually getting filled in yourself.

Have a look at the attached poster and let me know how many tickets you want?  Reply to me by email and include your address, so I can send you tickets and an invoice, which you can settle at your leisure.

If you want to have a look at what Russ has been going through or you’re in need of a bit of inspiration, have a look at his blog on:http://melissaleach.blogspot.co.uk

Today a lot of fun had.

Started with my first taste of ‘hand biking’.
I’d thought I’d never want to get onto any type of bicycle ever again… But today I did and I liked it. It involved laps of a running track, and pretty slowly at that, but  I had a go and it was a good workout for my pigeon lungs, enough to make me want to go again soon, and to try to get my own, ultimately.
Next stop a weird balancing machine which straps me in a stand up position then wobbles me about with me sort of helping. Supposed to help my core muscles, but not that convincing.
Lunch with my mate Jeremy Day, followed by another lunch with Cressida!
Her jacket potato kicked the ass out of the hospital one I’d just eaten…
Cress then brilliantly accompanied me to wheelchair skills practice and helped me with kerbs for an hour.
If all my visitors did that with me, I’d be like Eddie Kidd ( in fact I actually would, since he broke his back too ).
Ina came later from work for another game of Bananagrams – yes, victory was sweet – and now I’m in bed, pain free.
My infection seems to have receded.
Before ‘this’ I was practically impervious to all illnesses, shrugging of a cold invariably in a day, and maybe, just maybe there’s something of that resistance left in me, not all of it used up in June 2013 during my body’s fight for life itself.
Maybe this signals the start of a fight back ?
That would be good.

Well to add to my woes it would seem I DO have a UTI – an infection.

Abdominal pain, feeling cold, tired and unable now to sit upright in my bloody accursed wheelchair.
I’m looking forward to a fitful night’s sleep interspersed with bed wetting.
Life’s not going my way just now.
Lovely to eat my mum’s cooking though – a Thai meal cooked in a wok here in the ward kitchen – went down well.
Also ( narrowly ) beat my Dad at Bananagrams – that’ll be my only success today I think.
A young ventriloquist is touring Sweden and, one night, he’s doing a show in

a small fishing town. With his dummy on his knee, he starts going through
his usual dumb blonde jokes.

Suddenly, a blonde woman in the fourth row stands on her chair and starts
shouting, “I’ve heard enough of your stupid blonde jokes. What makes you
think you can stereotype Swedish blond women that way? What does the color
of a woman’s hair have to do with her worth as a human being? It’s men like
you who keep women like me from being respected at work and in the
community, and from reaching our full potential as people. Its people like
you that make others think that all Blondes are dumb! You and your kind
continue to perpetuate discrimination against not only blondes, but women in
general…pathetically all in the name of humor!”

The embarrassed ventriloquist begins to apologize, and the blonde yells:

“You stay out of this! I’m talking to that little shit on your lap.”

Despite not drinking any fluid after 6pm last night, and ‘producing’ 2 litres of wee,, I managed to wet my bed twice in the night.

It may signal that I have a bladder infection .. Hope not.
I can’t tell if I need to go now, I just have to guage when I probably should and then utilise disinfectant wipes and a catheter. It’s not pleasant but I’ve no choice.
As the nurse changed my sheets at 4.30 am I was aware that I could hear the dawn chorus of birdsong for the first time since June.
I reflected on life before, how easy it was.
Needing a wee in the night would involve slipping out of bed, 5 seconds to the loo, then back into a warm bed, the sound of Dani’s quiet breathing lulling me to sleep.
I could turn over in bed easily and silently.
Now it involves grabbing the bed rail, pulling myself to a sitting position, shifting my bum up and sideways from a 2 armed push on the rails, then sort of crashing back down on one side.
Life without abdominal use is tricky.
I felt sad, but this time didn’t cry.
Yet another morning without seeing my girls arrived.
Another day closer to them seeing their broken Dad more often. 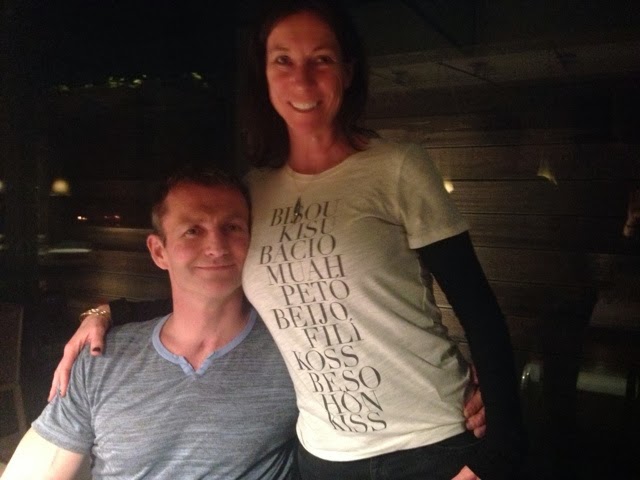 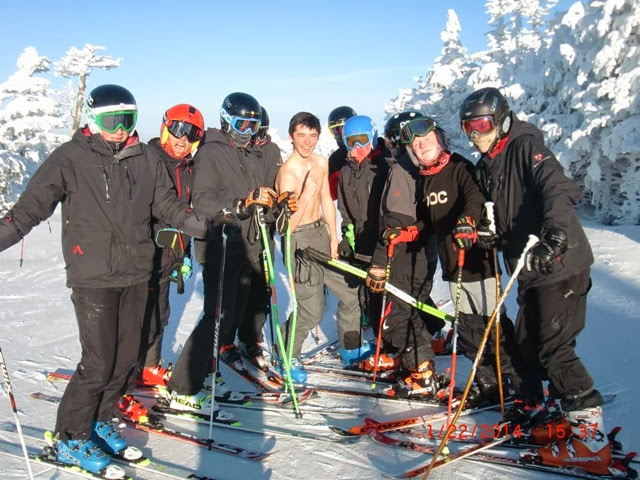 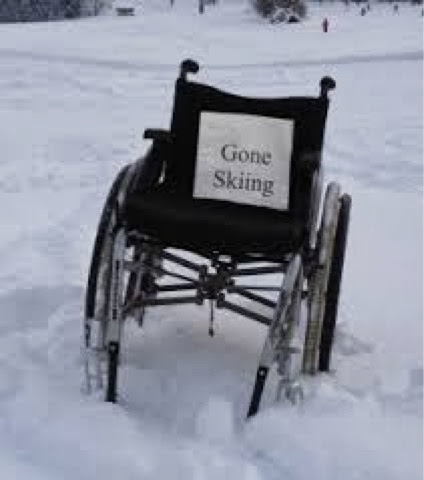