It was good to see you.

As we said yesterday it is a shame that it takes such dramatic events for human beings to show our inner strengths, and other qualities as friends or family members.

My take on meeting you was that we shared a couple of hours of remarkably good humour,under the circumstances, with you being a shining example of someone who is determined to make the most of your new compromised world. Somehow you managed to make it sound like you are revelling in the challenges ahead – its that kind of determination that will get you through.

I haven’t met Dani and the girls but they sound wonderful.

As we said yesterday, no matter what happens in life, as long as we have those who we love and love us in return nearby, then we can’t go far wrong.

Enjoy the adaptive skiing and I’ll see you again soon. 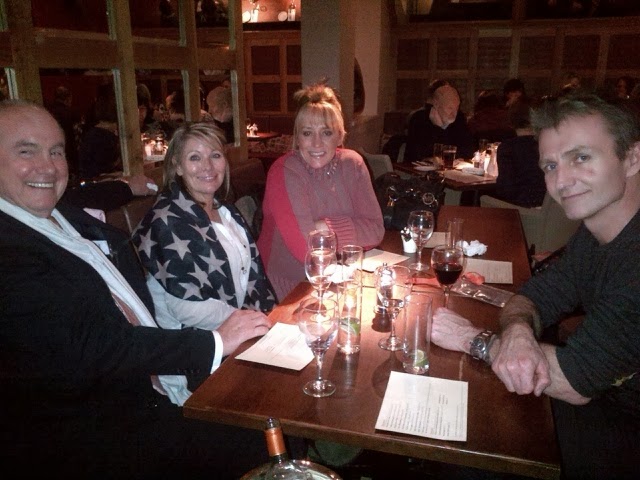 I played in that game where Kelvin was attacked by the dog! Bloody hilarious! We were in their 22 when we heard a scream from behind. Kelvin was lying on his back kicking his legs at the dog which was running round him in circles trying to get in for a nip! Meanwhile the owner was on the touchline shouting at the dog!

Nearly as funny as Dicky Rees at Aber – runnining the ball out from behind our dead ball area straight into the aluminium goalpost and knocking himself out!  Made a noise like banging a gong! On his 21st  birthday no less!

And thanks to Roy for a sumptuous dinner, some exotic stew and mash number, plus cake..

And to the lovely Amber for lunch plus about half a ton of fruit.
Leigh brought some beer, a small tinsel Xmas tree, and a Cadbury’s selection box….. You can take the boy out of Wales, but you can’t take Wales out of the boy….

Leigh Jones played fly half for West Mon and Pontypool College when I played in the centre.

It’s been a mere 30 years since I talked to him… Yet he took the time out to come and visit me.
I’m so touched that he did.
We talked about loads of our old mates, Leigh filling me in on what has happened to a lot of them, as well as laughing about our old teachers, some of whom were a bit odd, to be fair..
And a fair few of whom are now sadly dead.
Obviously we talked about the girls at school too, admittedly me doing most of the talking. Yes, Leigh was more discreet than I was.
Not hard really!
What came across strongly though was that school was a bloody good laugh in South Wales in the 80’s.
I wonder if it is now? 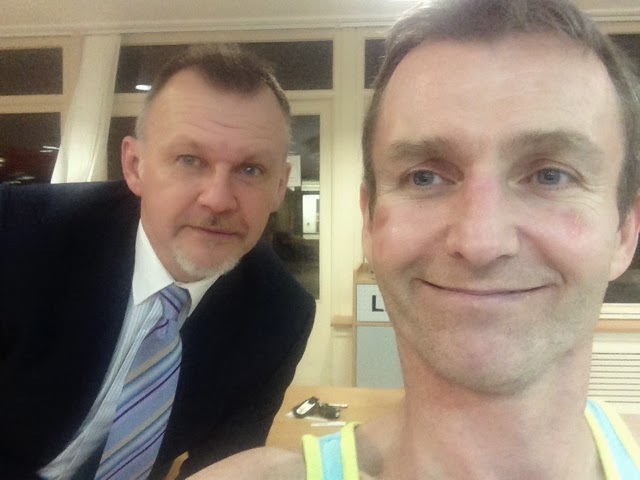 Hope you day has been ok today……another shit joke, sorry.

I thought I’d give the post lady a surprise this morning. So I sneaked up to the door naked and flopped my willy through the letterbox.

Don’t know what surprised her more, my willy in the letterbox, or the fact I knew where she lived.

From my wife:
Just found this and made me larf. Think this was the Bristol trip that marked our first meeting?! Text is as follows:
Dani xx
( this was a report in the University magazine ….)
RUGBY
The last excursion for the three teams together was to Bristol Poly which was a major success both on and off the field. The Poly were white-washed, the first’s won 11-14, the seconds won 16-3 even with the Poly playing an extra player in the form of a Doberman wolf that attacked Kelvin Rowland-Jones now know as Boneland-Jones and the thirds won 6-0.
After a few drinks and a visit to the poly’s plush refectory, or was it the local cafe, it was down to the Fleece and Firkin.  Biscuit followed “buzz” on Theakston’s Old Peculiar with “buzz” on Dog Bolt and achieved the same results.  A star performance by Russell “the muscle” Dawkins whose magnificent coiffure and debut try were well rewarded by Biscuit.  Russ was last seen doing an impression of  a dolphin cleaning it’s blowhole whilst lying face down in a pool of the said Dog Bolt. A more athletic performance was given by Mr Johny Whitehouse whose Nureyev like pirouette off the table was accompanied by the sound of his trousers being ripped off. Even the simple act of getting back on the bus at the end of the night proved far too difficult for a couple of players. “Dull Irish Bastard” hit his old form and along with Jason Rowlands was left in Bristol.  Meanwhile back on the bus Murray who had proved very inept in the session, was relieved of his clothes and clad in team bandages after various messages had been scrawled on him which were read the next day in lectures.
The following week the seconds were expected to do well at Leeds in the UAU. On the day it was not to be and they lost 15-0.
During the holidays, the Uni of Wales trials were held and Dafydd Williams, David Thresher and Meiron “Taff” Williams earned their U.W. colours by playing draw again London Universities. Ian Marshall and Andy Donald were unlucky not to get their colours the following week as their invitations to play arrived the day of the match.
So far this year there have been no games due to the Great British Weather, but we start the SWWA campaign soon.
Saatchi the Crow

Cor, looks like you had a corking weekend and I love that after eight game!
But I know what you mean about wanting to spend more time with your kids.
I went away with Gracie for the weekend to a place called Bluestone down in Pembrokeshire – a lot like Center Parcs.
We had such a fab time, just the two of us; no riding lessons, no drama class, nothing. Just hanging out together, and a lot of bird watching.
Not exactly gripping, but that was the whole point. It was so lovely to just be with her.
You’re becoming a very wise man, Mr D.
Hugs
L
X